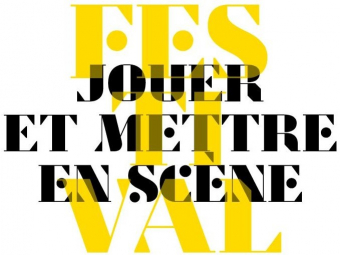 Come and meet the students of the dual degree Playing and directing (Jouer et mettre en scène) during their last practice: the show of their creations created with limited time and resources.

DÉPRESSURISATION is a show about my first year in the world of adults. The one where the arms that cradle you are those that hang from your shoulders. Like the newborn baby who screams at birth, I made my first scream here in the Louis Jouvet room when I graduated. This event is like a takeoff. Take a seat on my plane, I invite you for a ride.

September, Friday 6 at 7:30 p.m. - September, Saturday 7 at 3 p.m. Salle Jouvet
Based on the work of Alexandre Ostrovski

Ostrovski recounts the difficulty in really being with someone. The confrontation with the other. The point is not what I understand from the other, but precisely what I don't understand from them. The complex implementation of living together. When a system is, or is not, able to reinvent its principles, to tell itself again, differently. The dialogue between mastery and the unknown. Fear of what moves because it dives off the already known paths. In the small town of Kalinov on the Volga River in 1860s Russia, the codes are clear. Two families hold the power. Dikoi holds it by force and Kabanova by unfailing respect for the old codes. Roles are set and it is unthinkable to question them. But when an impossible love breaks the well-established rules, the blue summer sky sees a storm in the distance, heralding the coming upheavals.

A DASS home. Young people. Teenagers. 16, 17 years old. Soon to be adults. Soon. Not yet. Educators. Tensions. Non-communication, or miscommunication.
The clichés. The dream of a (different) house, a (different) life (where everything seems beautiful, softer, where everything is allowed). A better life. A strong and pronounced desire to escape. Escape from reality. Hard. Cruel. Everyone has their dream, but how many will succeed in making it come true? Everyone has their demons, their tensions, but how many will manage to get rid of them? Can we really get rid of it? "Yes, but anyway... ", they are young people, not so young, who have lost track of happiness, but are fighting, fighting, often against themselves, to obtain it. Because they have dreams, desires, hopes filling heart, feelings which just need to be expressed.

Meeting between two arts, that of the stage and that of the table. Halfway between the Theatre and Gastronomy. When two imaginary people meet and become one!

They cross the river with their feet wet
They soak themselves in this organic matter of images, smells, sounds, fears, intertwined desires
They're crossing the river.
Eight actresses and three actors who share their dreams, and I who receive them.

AND A GUEST SHOW

Following an immersion in a psychiatric hospital in the Allier, a director, carers and cared tell us about their daily lives.
How far will they go to save what they
belongs to?
The foundation of identity can quickly disappear, leaving us in an "absence".
Is that the wave going back to the ocean? Or is it the ocean that takes over the wave?