Symposium: Visualizing the origins of life 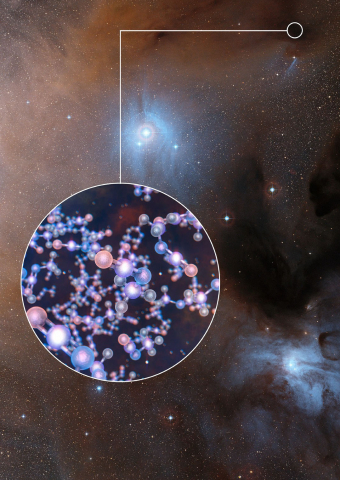 Organized as part of the "Origins and Conditions for the appearance of life" (OCAV) interdisciplinary and strategic research initiatives by PSL, the symposium will take place on June 2 and 3, 2020, at the Observatoire de Paris - PSL and at La Fémis.

This international symposium will explore the role of images in this broad field and the different identities and functions images have taken across scientific and vernacular cultures since the 19th century:  What is the place of visuality and its associated technologies in scientific research on the origins and conditions of appearance of life? What tools are employed to visualize phenomena often at the limit of visibility, such as the transition from inorganic to organic matter, or exoplanets? In what ways do these investigations draw upon familiar (macroscopic, terrestrial) conceptions and visual cultures? How are analogies, scenarii, models visualized in a range of disciplines to grasp processes related to life and its appearance? The symposium will also investigate the different representations and functions they may take on between scientific cultures and vernacular cultures over a period extending from the nineteenth to the twenty-first century.

The origins of life and of the human species in particular have long been, and remain, moral, philosophical, religious issues and the matter of lively debate in past and present societies. Since the appearance of modern science, life and its origins have also become a focus of empirical research in a range of disciplines, from chemistry and geology to biology and astrophysics. These investigations now stretch to a search for traces of life in all its forms in the universe, leading to a new field of investigation, exobiology. The visual cultures generated by thinking about this research have yet to be identified, described, and analyzed.

The underlying role of fiction and imagination will be questioned, as will be the multifarious circulations and exchanges between scholarly and vernacular cultures, including in artistic practices and the use of visual capture techniques, such as photography or cinema.

Starting from a range of visuals, from technical representations produced and used by scientists to artist renderings and visual expressions in publications, art, theatre or cinema, we seek to explore the multiple and sometimes contested interfaces between observation and imagination, interpretation and visualization. What is the epistomological, communicative and conceptual value of visualizing the origins of life in different fields of practice and experience? How do particular visual cultures develop or interact within and across the sciences and the wider culture how do popular visuals fit into scientific work, from the choice of research objects to the conditions of their communication? How have visuals shaped historical and on-going debates about the appearance and nature of life? Certain visual arts bear a special relationship to scientific culture – a connection which is facilitated by the possible combination of photographic or filmic techniques with tools of scientific observation (e.g. telescopes, microscopes…). What could be a history of image-making techniques within the realm of scientific investigations on the origins of life? How can scientific research on the origins of life, more specifically, be a way to reinvent filmic forms and build new forms of knowledge? We propose to consider knowledge-making and -sharing and visual representations as intertwined activities. The conference aims to assess and analyse the cultural dimension of a field of study that is becoming established in contemporary science, that offers a number of boundary objects for studying the power, function and modes of existence of images in contemporary cultures.

By considering knowledge and its visual representation as two interrelated and necessary parts, this colloquium aims to study the cultural component of a scientific subject that has become a major issue in the Western world. It also offers a set of borderline cases to put the image to the test of contemporary science and study its power, role and modes of existence.