Graduates from the world’s top universities, Inria's 2,600 employees rise to the challenges of digital sciences. Research at Inria is organised in “project teams” which bring together researchers with complementary skills to focus on specific scientific projects. With this open, agile model, Inria is able to explore original approaches with its partners in industry and academia and provide an efficient response to the multidisciplinary and application challenges of the digital transformation. The source of many innovations that add value and create jobs, Inria transfers expertise and research results to companies (startups, SMEs and major groups) in fields as diverse as healthcare, transport, energy, communications, security and privacy protection, smart cities and the factory of the future.
The Paris research centre develops close scientific partnerships with the best international teams and the world of industry and services. It benefits from rich exchanges with multiple scientific and economic players from the Paris region (Grandes Ecoles, prestigious universities, global competitiveness clusters).
A few key facts 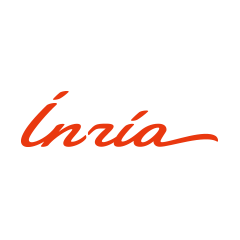