PSL is a public university that promotes a diverse student body, welcoming students without regard to their socioeconomic background, gender or geographical origin. The university is committed to hosting, educating and supporting students and researchers in a spirit of equity and open-mindedness at every stage of their academic path, both before, during and after their time at PSL.

With rich diversity in individual backgrounds, the collective reaps a wealth of cross-pollinating ideas and approaches, rich in exchange and sources of inspiration. PSL is committed to offering equal access to premium education regardless of individual backgrounds, financial resources, and geographical location. This is our focus as we strive to marshal all of the necessary means for providing equal access to our schools and to support the advancement of a diverse pool of talent throughout full paths of education and research.

We implement this commitment through initiatives to inform future students of our education programs, provide the keys to achieving our demanding requirements, and support future applicants as they prepare for entry into our education programs. Likewise, we forge partnerships with schools and put extensive thought into creating the best possible conditions for future students to join PSL.

Partnership Agreement with the Cité Universitaire

PSL has signed a partnership agreement with the Cité Internationale Universitaire de Paris to house students in PSL’s Multidisciplinary Undergraduate Degree (CPES). Under this agreement CPES students are housed in double rooms at the Honnorat residence of the CIUP (Cité Internationale Universitaire de Paris), with scholarship students receiving priority. This commitment is part of CIUP’s policy to support diversity, implemented in 2001 with the "Equal opportunity” convention designed to promote broad access to world-class educational programs (more than 620 young people from disadvantaged backgrounds have benefitted, in partnership with major institutions). The aims of the convention were reaffirmed on April 19, 2012 with the signature of the Charte des Cordées de la Réussite.

Les Cordées de la Réussite (Roped together for success) is a program launched in 2008 by France’s Ministry of Higher Education to promote academic success by encouraging partnerships between institutions of higher education and middle and secondary schools in high-priority areas. At PSL, our participation in these programs and daylong events highlights our commitment to expanding access to a top-quality education.

Each and every PSL school takes active measures to promote opportunities for student mobility, building bridges to excellence and fostering links that allow students to surpass social and cultural barriers throughout their full academic career. In 2018, Université PSL will implement an Equal Opportunity Committee comprised of representatives from all of our schools and institutes, to further deepen our commitments in this realm.

Paris-Dauphine - PSL and its 30 partnerships with secondary schools

Université Paris-Dauphine - PSL has forged active partnerships with nearly 30 secondary schools in the Greater Paris region with a single aim: to recruit a more diverse pool of candidates for its first-year enrollment. More than 137 instructors have signed up for booster classes in key academic subjects so as to assist secondary school students in meeting admissions requirements. One in ten students we accept is a product of that booster program, which continues with personalized support during the student’s second year at university.

Moreover, in 2014 IPJ Dauphine became the first school of journalism to be awarded the Diversity Label by AFNOR, France’s certification body, for its commitment to promoting equal opportunity.

Since 2011, ENS - PSL has been reflecting and acting on ways to promote equality in the educational system through its PESU unit (Programs for Equality in Schools and Universities), and particularly its Talens and Perspectives programs.

MINES Paris - PSL opening the door to careers in engineering

Each year at MINES Paris - PSL, secondary school students are invited to become student engineers for a morning. In addition to the opportunity to learn more the challenges of the future alongside instructor-researchers from a variety of engineering schools, the students get to take part in an orientation forum. Meanwhile, Cahier Vert organizes numerous activities designed to bring secondary school pupils from modest backgrounds in contact with MINES Paris - PSL students, and publishes an annual report to monitor its compliance with that commitment.

The Conservatoire - PSL has undertaken an ambitious campaign to make the institution more open and accessible to underserved communities, and is stepping up its efforts within school systems to help students learn more about schools for the arts.

Under the aegis of the Conservatoire and in partnership with the MC93 theater and the Conservatory in Bobigny, a preparatory class was established in 2015 for students competing for admission to France’s schools of dramatic arts. The class is specifically targeted to students who, for economic, social or cultural reasons, feel shut out from cultural venues or believe the Conservatoire is not intended for them, and provides free preparatory training for the competitive entrance examinations conducted by national drama schools. Thirteen students were recruited and received intensive training beginning in January 2016, under the direction of Razerka Ben Sadia-Lavant.

One graduate of the training course entered the Conservatoire in September 2016, while two others are now students at the Ecole du Théâtre National de Strasbourg.

Additional parterships are being developed with an array of institutions with the aim of promoting arts education at the secondary level and creating opportunities and pathways to the Conservatoire.

Innovative teaching, knowledge dissemination, social responsibility, dialogue with society’s actors and decision-makers... These are all areas in which PSL invests and provides financial support, as well as areas in which our more than 100 student organizations provide active leadership.

We highlight a few of these associations here. To read more about the initiatives that PSL supports, take a look at our Campus Life section. For a full list, visit the website of the PSL Student Union, PSL’s umbrella organization for all student organizations. To learn more about upcoming calls for proposals of student initiatives, visit our applications platform.

Université PSL marshals the necessary resources to actively support socially-conscious initiatives, ideas and projects that will strengthen bonds and build our future. We are proud of our students’ initiatives, proud of all that they do.

Take a look at how they are taking full advantage of involvement in PSL student organizations: 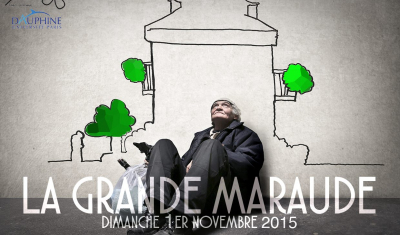 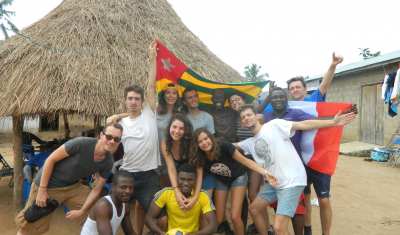 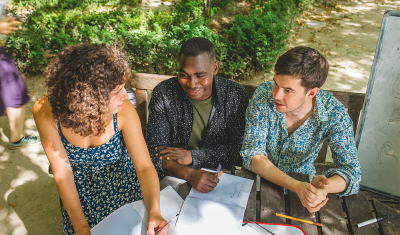 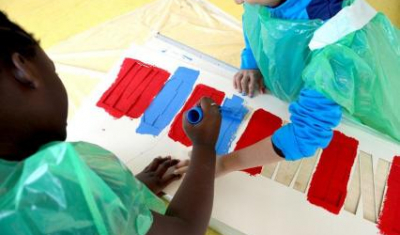 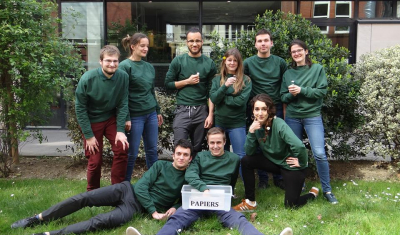 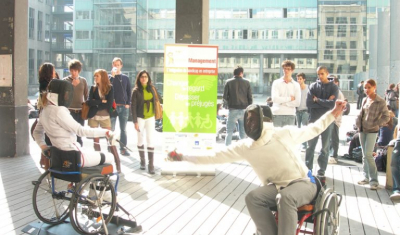 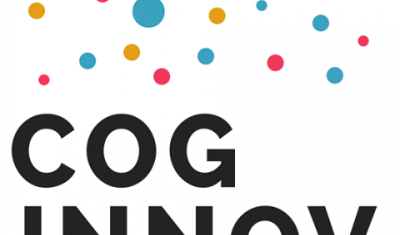 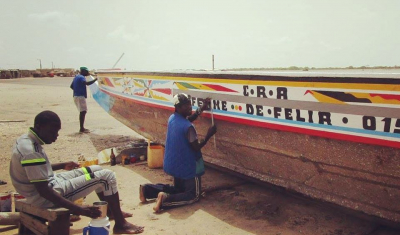