On May 23 and 24, PSL hosted the 2022 edition of the Marie Sklodowska Curie Actions (MSCA) conference. A large community of young European researchers met on this occasion to discuss four major themes: gender equality, the opening of science to society, the challenges of academic freedom and the implementation of a Green Charter in research projects. Fernanda Bajanca, Clinical Research Manager, Toulouse University Hospital/President of the Marie Curie Alumni Association (MCAA), offers a feedback of this highlight in scientific life.

PSL: As the Chair of the Marie Curie Alumni Association (MCAA), you participated in the MSCA conference. In your view, what are the main insights that came out of it?

Fernanda Bajanca: This conference was an excellent showcase of the impact of the Marie Sklodowska Curie Actions on the society and the research landscape. The richness of the MSCA-sponsored research and researchers is amazing. The MSCA holds a huge responsibility though, it sets the example that is often followed by national funding agencies and other funding bodies.
Therefore, regular open discussions with stakeholders, and specially with researchers (such as those allowed by the workshops at MSCA conferences) are critical to guide the MSCA unit, and by extension, the European policymakers.

Replay the conference (in English)

PSL: What is, in your view, the impact of organizing this type of event in PSL, to promote the MSCA program? How do you see it evolving in the future?

“I would like to see in the future a strong core group of MSCA alumni at PSL, strongly involved in the Marie Curie Alumni Association.”

Fernanda Bajanca: Organizing such events at PSL has two major impacts: on one hand, it enables the PSL research community to actively participate in debates that guide science policy, giving a visible voice to PSL, and on the other hand, it raises awareness within the PSL community of the MSCA potential for their own development, which goes much further than the simple funding opportunity.
I would like to see in the future a strong core group of MSCA alumni at PSL, strongly involved in the Marie Curie Alumni Association. Funding received through the MSCA is limited in time, but the beneficiaries can have lifelong access to many benefits through the alumni association, including support to career development and networking but also, and that’s a significant stake, joining forces to make our voices heard by policymakers.

PSL: You have been recently elected as the Chair to the MCAA; can you tell us the main purposes of this association?

Fernanda Bajanca: The MCAA mission is to bring together the MSCA community, support the career development of current and former MSCA beneficiaries at all career stages, and be a voice for researchers across regions and disciplines. We are an international non-profit organization established and supported by the European Commission, but entirely run by volunteer members and with a bottom-up approach at its core. We are currently over 20 thousand members spread throughout the world, organized in 33 regional chapters that are true ambassadors of the MSCA, organizing networking and career development activities that most often benefit the local research communities. With such a large and active member base, the MCAA has been a strong voice advocating for researchers and is a constant representative in the major science policy forums with a focus on an inclusive and sustainable research environment that enables knowledge to benefit society.

PSL: What does MSCA fellowship program mean to you? What advice could you give to a young scientist who would like to benefit from it?

Fernanda Bajanca: The MSCA programs are quite prestigious, and they are a real symbol of excellence in a researcher’s resume. For this reason, the competition for these grants is fierce, but the evaluation process is very well thought. There is also a priceless aspect: to prepare researchers to pursue any career of their choice, and not restricting to a traditional academic career. Another feature of the MSCA programs that is quite unique is the requirement for mobility, which opens opportunities for both researchers and host institutions, contributing to diversity in the research environment and a richer research culture.

“The most successful are not always those who reach the top, but most commonly those who were skilled enough to make the most out of the challenges.”

My advice to any young researcher willing to benefit from the MSCA programs is to be proactive. This is the first characteristic that distinguishes the best professionals, regardless of the career stage.
Applicants should be critically searching for the information, the possible hosts and collaborators, actively designing their career plans and goals, and not being too harsh with themselves. The most successful are not always those who reach the top, but most commonly those who were skilled enough to make the most out of the challenges. 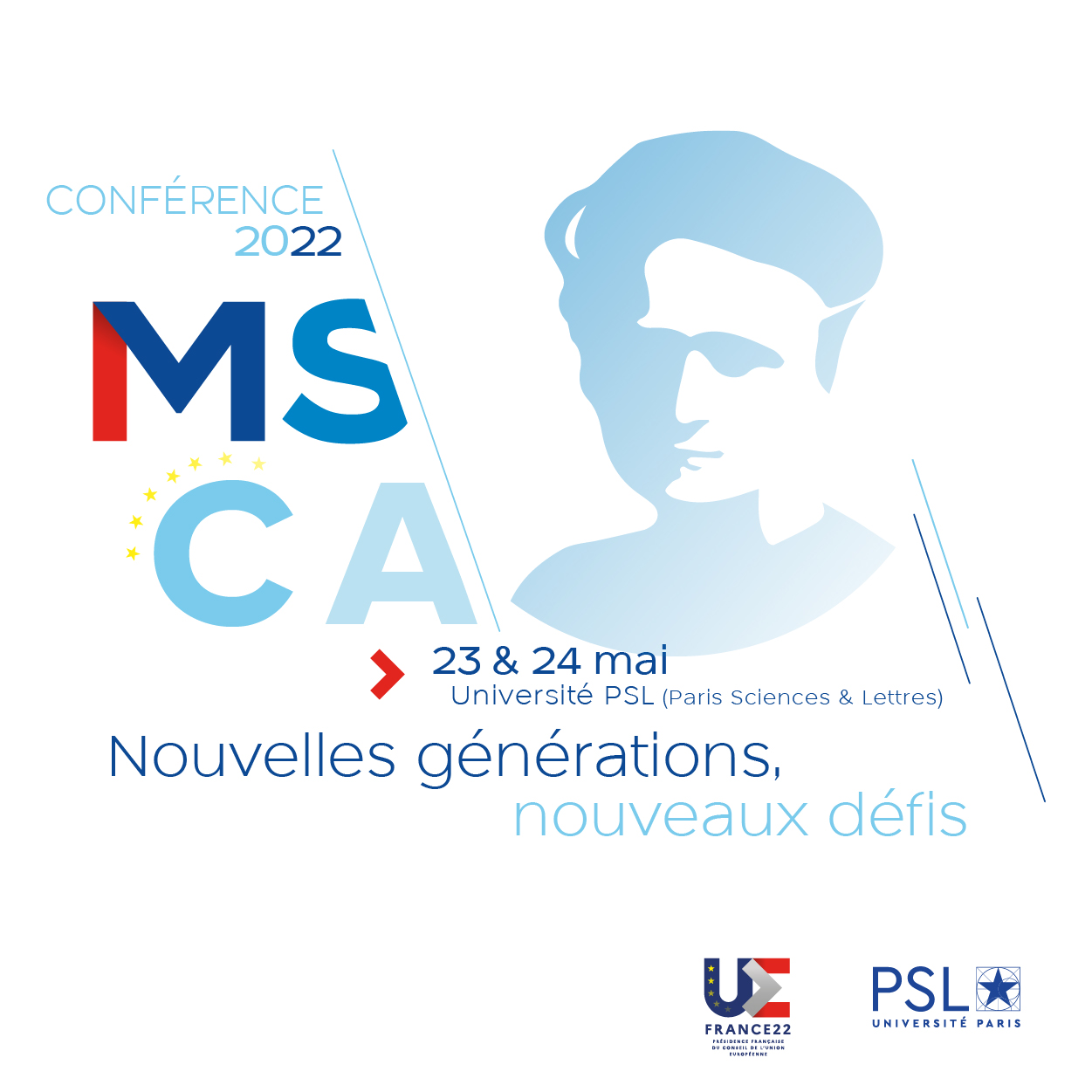 Placed under the sponsorship of the French
Presidency of the European Union and the
Ministryof Higher Education, Research and
Innovation, the MSCA (Marie
Sklodowska-Curie Actions) Conference
will aimto highlight the eponymous
program through a series of presentations
and debates.

For two days, researchers and professionals in
the European research sector gather, either
in-person or remotely, to discuss and debate about core issues relevant for the current and future research: environment, gender equality, open science...

At the end of the meeting, young researchers shared their ideas and novel research projects during the MSCA Falling Walls Lab competition.