Since the 16th century, the Collège de France has advanced its dual vocation of being both the center of bold research pursuits and the venue for their teaching.

The unique identity of Collège de France lies in it being the crossroads of cutting-edge research and broad dissemination of knowledge. The greatest researchers meet at the Collège de France to advance all areas of inquiry, including mathematics, materials science and the living sciences, history, the human sciences, and economics. This collective knowledge, which belongs to the world at large, is taught openly and free of charge to all, as new discoveries continue to emerge.

The Collège de France owes its existence to King Francis I, who in 1530 appointed the very first royal Lecturers. They were tasked with teaching the disciplines that were not yet admitted at university. Today, these former “royal lecturers” have become 50 professors who work with several hundreds of researchers at the institution’s various locations in Paris. From the earliest days, an essential provision has maintained the creative vigor of this community of scholars: the chairs are not permanent. As such, when professors retire, new appointments are made in accordance with the latest developments in science. The Collège de France therefore constantly adapts alongside changes in science, and remains a vibrant hub of activity within the scientific community.

The institution’s courses, colloquia and seminars are attended in its amphitheaters by more and more auditors each season (140,000 per year). Publication and dissemination of its course curricula via France Culture media have granted the institution an ever-growing audience. But its key asset resides in its innovative and pioneering endeavor of opening the International Digital Campus in 2007.

Recordings of its inaugural lectures, course curricula and colloquia are available via podcast from the institution’s website as well as from numerous additional platforms. Its catalog of e-publications grows every day. Collectively, a method of disseminating knowledge that pushes wide open the doors to all that the Collège de France has to offer.

Strong on the heels of its successes, the institution more broadly contributes to the influence of French scholarship through a program for the English translation of its coursework and supporting texts. A selection of courses is also translated into Chinese. 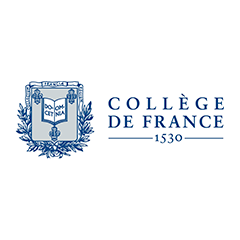