Partager :
Meeting on Friday, July 4, the Board of Directors of the Ecole Nationale Supérieure de Chimie de Paris completed the voting on PSL’s new bylaws by the Boards of its various schools, which began in May with a vote by the Observatoire de Paris. 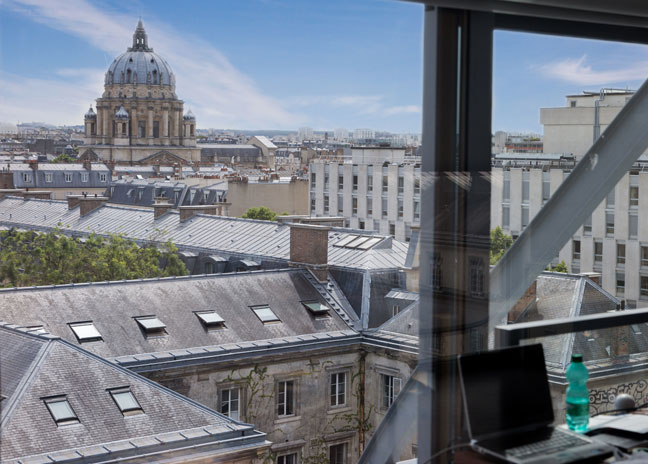 In my view, these results send a very strong message. We gave ourselves time to allow these bylaws to mature, and we were right to do so, because this vote demonstrates solid support from our communities here at Université PSL. Alain Fuchs

At the same time, the Collège de France and Institut Curie, which were not eligible to become component schools because of their respective natures and bylaws, also voted unanimously to join Université PSL as associate members. They, along with the research bodies (CNRS, INSERM, INRIA), will contribute to the governance of Université PSL, whose institutional perimeter has now stabilized.

With publication of the decree, expected during the summer of 2019, PSL will enter a transitional period. The university will have two months in which to draft its internal regulations. It will then proceed with elections and establish these various bodies so that Université PSL is fully operational as of January 2020.  The ComUE will not disappear immediately upon publication of the degree promulgating the PSL bylaws, but will remain in existence until December 31, 2019, at which time its rights and obligations will be transferred to the new public institution. This solution will prevent any interruption in our operations and ensure a gradual transition.

The institutional perimeter of the new public university may gradually expand with the inclusion of several Université PSL partners that were formerly associated with the ComUE.

Says PSL President Alain Fuchs, “In my view, these results send a very strong message. We gave ourselves time to allow these bylaws to mature, and we were right to do so, because this vote demonstrates solid support from our communities here at Université PSL. Our colleagues firmly share the belief that the broad disciplinary scope and critical mass achieved by combining 4,500 researchers and research professors with 17,000 students gives each PSL school access to the resources it needs to carry out a grand scientific, intellectual, or cultural plan at a level that no one of them would have been able to attain alone. PSL’s major initiatives in research, education and technology transfer are now starting to bear fruit, demonstrating that the University exists, that our model works and that PSL enjoys the support of its members.”