To mark the 10th anniversary of Université Paris Sciences & Lettres, Claire Lasne Darcueil, Director of the Conservatoire National Supérieur d’Art Dramatique – PSL, looks back on the time when her school joined PSL, the major achievements of these last ten years and the very strong solidarity between students and researchers which saw us through the pandemic. 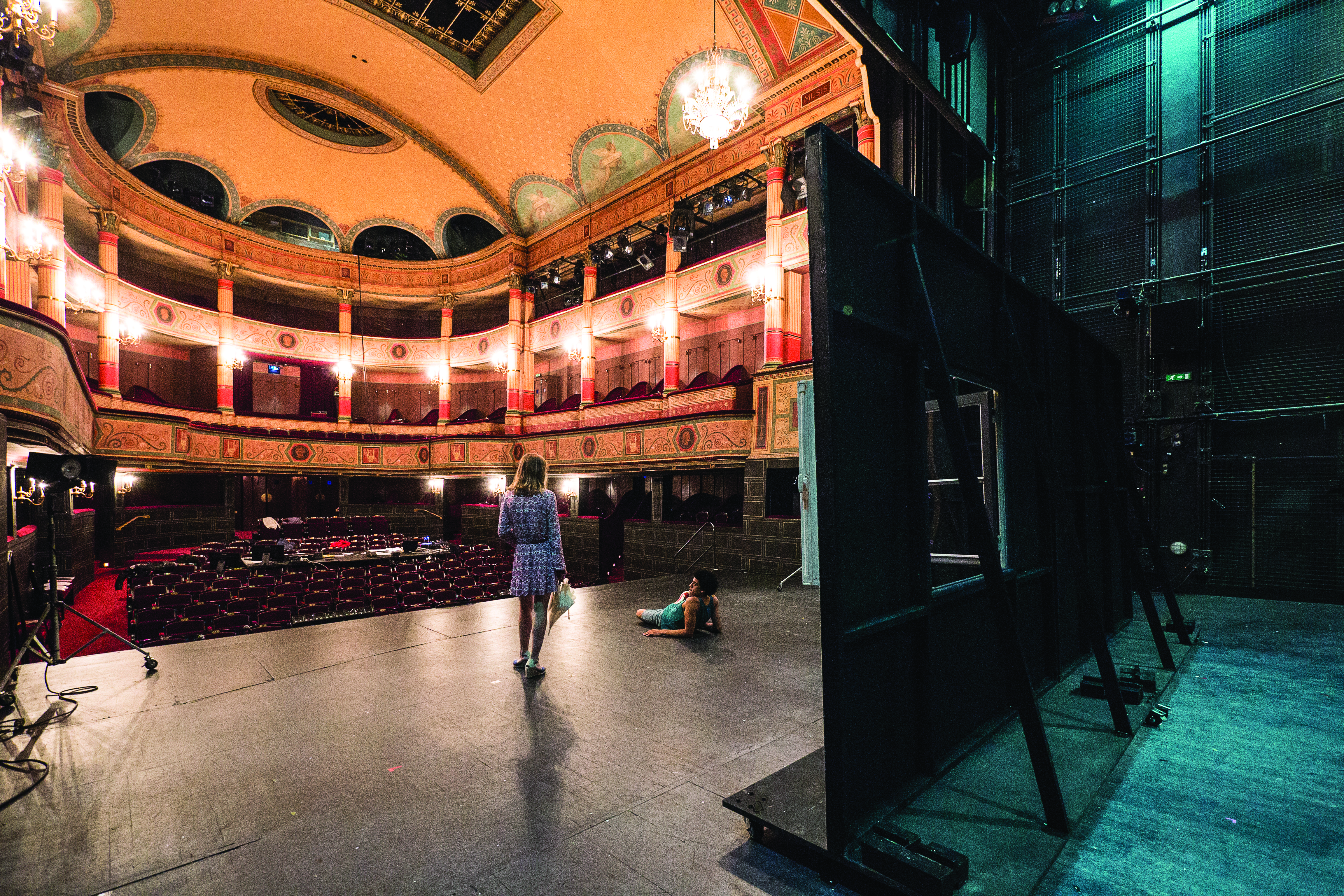 PSL: Nearly ten years ago, the Conservatoire joined PSL. How do you look back on this seminal moment? 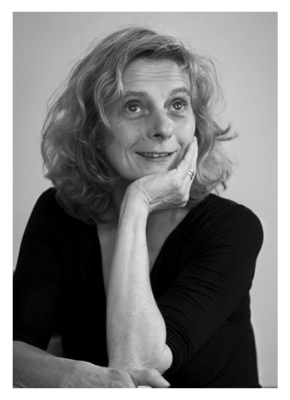 When I was appointed to the Conservatoire in December 2013, the SACRe (Sciences, Art, Creation, Research) doctoral program had been in existence for a year. This was the only real trace in the school of the relationship with PSL. The “Accelerations” Festival which launched this creative PhD research program took place in the theatre in 2012. However, the Conservatoire’s organic relationship with this new adventure had still to be built, its link with the students and the teaching team.
You have to imagine the extent to which the world of academic knowledge and that of creativity and teaching in dramatic art had fallen out historically, to realize the degree of harmonious reconciliation that was needed. These two worlds had eyed each other with suspicion for so long, although with some brilliant exceptions of course. In this respect the spirit of openness and courage of Marc Mezard, at that time Director of ENS - PSL, played an important role.
At the same time, at the instigation of Marc Nicolas (then Director of La Femis), the art schools present in PSL began to communicate on a regular basis. Marc and I decided to create an interdisciplinary week, which still exists today, and which would be a unique moment of freedom and discussion between students from our schools, who were soon joined by students from CPES, ENSAD, and more recently ENS - PSL and Dauphine - PSL. PSL immediately decided to support this initiative, and for us this was a strong signal for the future.

PSL: What are the main academic and artistic achievements that have marked these first ten years for CNSAD within PSL?

The experience of SACRe, the Master’s degree in “Acting and Directing”, and the inter-school week, all convinced the team, even before the results from the Idex panel were made known, that the question of joining as a Component School should be considered.

In addition to the interdisciplinary week mentioned above, we were impressed by PSL’s commitment to creating a postgraduate program, now a Master’s degree, with the title “Acting and Directing”. PSL’s enthusiasm for this experiment, which meant devising a directing course based on actors’ own experience, respecting our freedom as teachers, providing loyal support, have continued to build mutual trust.
We had come a long way from our original fears: we were respected for our distinct style of teaching, and its creativity, and there was no question of locking us up in artificially created models. However, our desire to be “up to the task” in purely academic terms encouraged us to challenge the Bachelor-Master-Doctorate scheme, and as a result we gradually introduced Research at the undergraduate level, and insisted on the back and forth between practice and reflection which forms the basis of the SACRe doctorate.
At the institutional level, for a school like ours, which certainly had prestige, but which was small in size and with a limited budget, we were justifiably afraid that we would not be able to meet the requirements of such an impressive structure as PSL, that we would be swamped in a model that was too big for us, and with too heavy a workload.
However, the three experiences mentioned above: the SACRe doctorate, the “Acting and Directing” Master’s, and the interdisciplinary week, convinced the whole team that the question of our joining as a Component School, even before the results from the Idex panel were known, should be considered.
We asked ourselves this question at length, collectively, we had the commitment of our Library Managers, our Communication Department, and finally the careful reading, line by line, of the proposed statutes by the staff representatives whose work was meticulous, so that eventually we came to the unanimous decision to embark on this adventure wholeheartedly and join the University.
It’s a decision that we have never regretted. The pandemic, and during that time the extreme solidarity and care shown by the University to all the students and researchers, brought us even closer. It is without doubt, in so many areas that would be too long to go into here, due to our membership of PSL that we have been able to come through this crisis, taking care of each and every one of us, as promised. Lastly, equal opportunities, and the ecology issue have become, day after day, our common, shared priorities.
As a result, we are proud and happy with the decision we made.

PSL: In your opinion, what are the main challenges facing PSL and the Conservatoire over the next ten years?

With such potential, it is possible that there will still be the feeling in twenty years’ time that everything remains to be done. The extraordinary quality of all the PSL Schools opens up infinite horizons: if I had to choose, I would say that actually bringing together hard sciences and art is a source of dreams, hope, discovery, which I’m sure will affect our world in a sustainable way.
Since the issue seems to be that of saving our world, with the legacy that we are passing on to the younger generations leaving us little to enthuse over, the coming together of these scientific forces of the imagination is a major reason for hope. Repairing social injustice in access to higher education is another: working to affect admissions into these schools means being effective for all of our society, and the narratives within it. 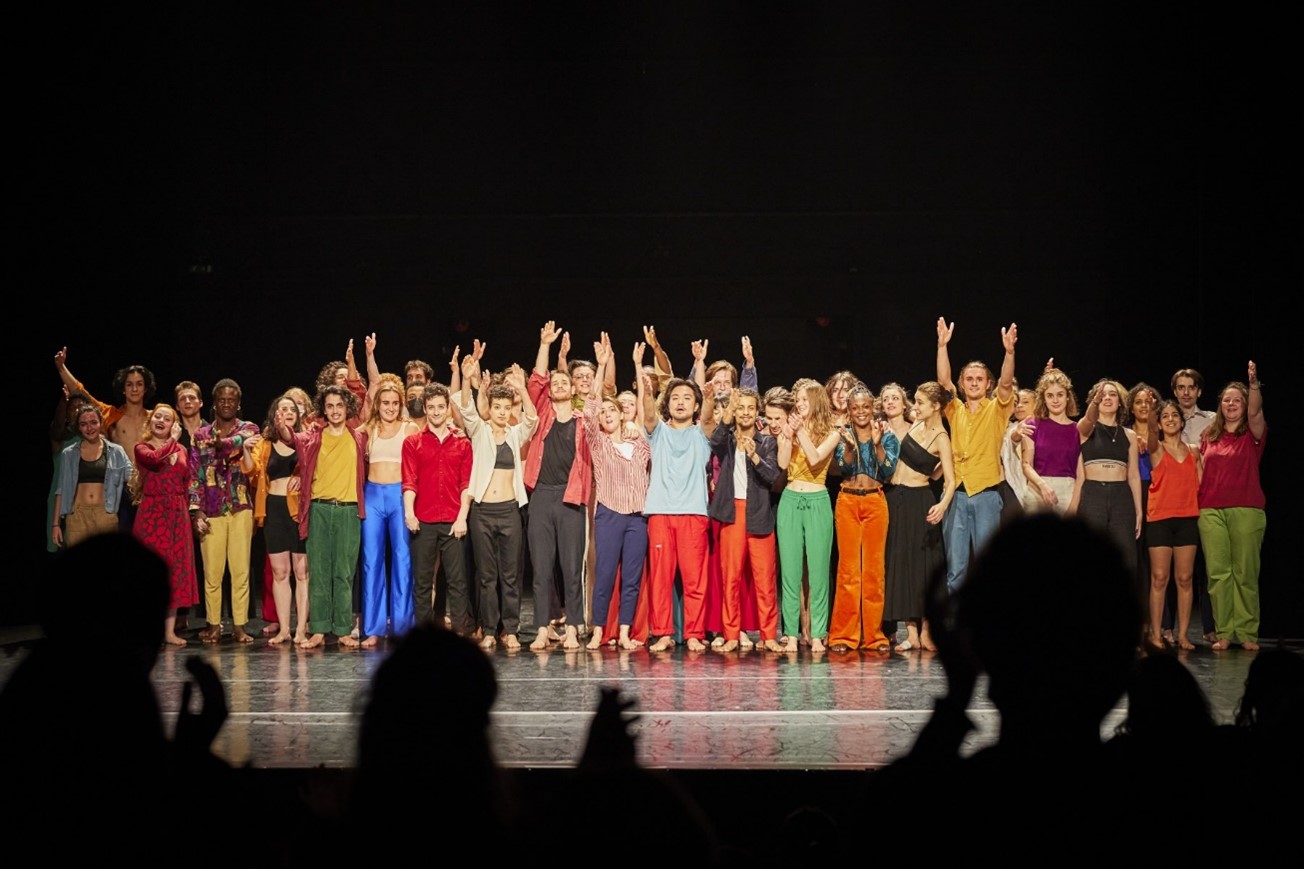 FROM 1784 TO TODAY, SOME HISTORIC FACTS ABOUT CNSAD – PSL

This year, PSL celebrates its tenth birthday. To mark the occasion, we invite you to look back on some of the highlights of the last ten years — major scientific projects, new programs, more extensive and more diversified service offerings, international visibility— all emphasizing the driving force behind our Schools.

This year, PSL celebrates its tenth birthday. To mark the occasion, we invite you to look back on some of the highlights of the last ten years